Honey vs. Sugar – Which is Better?

Some sort of sweetener is a daily part of our lives, be it honey, sugar, or other alternatives. From a cup of coffee to a decedent cake, most of us like things rich and sweet. It is almost impossible to complete a day without consuming sugar unless you are on a stringent diet or take care of what goes into your body a little too much.

There is a constant debate about which sweetener is healthier between honey and sugar in the health community. This has been going on for ages and will most likely continue in the future because there are benefits and shortcomings of both. At the end of the day, it actually depends on the consumer when it comes to choosing their best option.

Honey is considered healthier, especially if it comes from a single plant such as Eucalyptus, orange, chestnut, or others. You can find a wide variety of honey from Holyart to pick the best one according to your taste. In this article, we will compare the two sweeteners so that you can make a well-informed decision about your choice.

When contrasted to honey, one serving of table sugar has not only higher sugar content but also higher calorie content. Honey has 304 calories for every 100 gm, but table sugar has 387 calories for every 100 gm. Each tablespoon of honey has 63.8 calories, but a tablespoon of sugar has 46.5 calories. This difference is due to the fact that honey is in a liquid form when it is calculated by volume, while regular sugar is in a solid form.

Honey has fewer calories as compared to ordinary table sugar does. Table sugar has marginally higher calories. Table sugar has equal calories as the grams, for example, 10gm of sugar for every 100gm; however, honey only contains 82.4gm of sugar for every 100gm. This disparity may be attributed, in a significant portion, to the notion that sugar is composed entirely of sucrose, but honey contains a greater proportion of water.

When you consume a meal, its glycemic index, also known as its GI, shows how swiftly or steadily it will elevate blood sugar levels; the greater a food scores in the GI range, the faster it will raise the blood levels. Honey has a lower glycemic index than sugar does, which means that honey will still boost blood sugar levels but more gradually than sugar would. This is because sugar has a higher percentage of fructose than other sweeteners. On the glycemic index levels, sugar has a score of 65, although the precise glycemic level of honey might fluctuate due to the fact that honey’s components can change; nonetheless, honey has an average value of 61. Sugar has an index of 65. The differences are not that significant overall.

Budget-Friendly: Sugar, particularly refined white sugar, is a lot more affordable than honey and is a frequent ingredient in a wide variety of recipes worldwide.

Fewer Calories: Sugar has less calories when compared to other sweeteners. When weighing out sweeteners for a dish, one cup of sugar yields fewer calories as compared to a single cup of honey of the same volume. 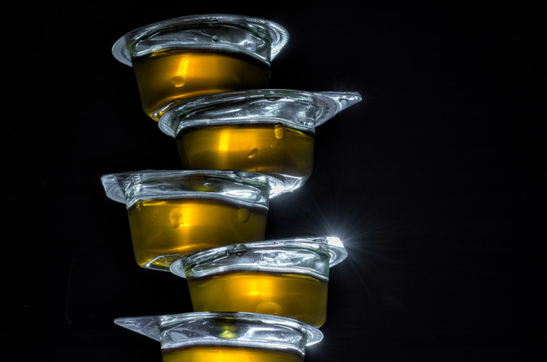 Sweeter than Sugar: Honey is a lot sweeter than sugars, so the amount of honey used in a cup of tea will be less than the sugar needed to sweeten it. This results in lower consumption and smaller portion size.

Health Benefits: There is some conjecture that the minute quantities of vitamins and minerals that are present in honey provide additional health advantages.

Honey that hasn’t been heated or pasteurized includes minute levels of local pollen, which has the potential to reduce allergic symptoms. Because it has antibacterial qualities, it could be able to help in the elimination of pathogens. Honey has been shown to aid in the healing process of cuts and minor burns. Additionally, it may help soothe sore throats and coughing spells.